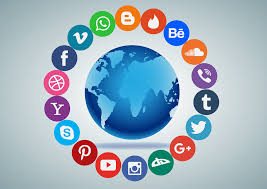 Who can forget the epic commercial of the tiny little Chihuahua saying “I think I need a bigger box?” That advertisement ushered in a new era of marketing for Taco Bell. The year was 1998. Since then, with the advent of social media, the world of branding has changed forever. How did it happen and what can we do about it?

Several decades ago a few television networks, film companies, magazine corporations, and newspaper publishers virtually controlled what consumers saw and heard. Consumer marketing companies had to ‘pay to play’ in the market if they were looking to introduce, secure, or build their product. If you wanted to market your product, it usually involved some form of media in order to establish your brand in the marketplace. Traditionally, advertising was the vehicle of choice. All of that has changed.

As technology advanced in the form of devices like the digital video recorder, the consumer began making a turn toward more selective viewing by skipping ads, which resulted in giving them the power to select what they wanted to see. The internet itself gave the consumer the opportunity to avoid having to read anything that was hardcopy related, such as a newspaper or a magazine. Branding was undergoing a sea change in the shifting of power from the consumer marketing companies to the ultimate decision maker, that of the individual consumer or customers themselves.

According to Douglas Holt, the author of How Brands Become Icons: The Principles of Cultural Branding, social media has played a pivotal role in our culture. It has taken society away from mass marketing to having a direct impact on societal groups, via social networks. The members of each social network have become the individual influencers for product purchases. Holt calls these individual groups crowdcultures.

As Holt points out, metrics compiled over the past ten years support the position that standard branding approaches are failing to deliver in the social media arena. He says “In YouTube or Instagram rankings of channels by number of subscribers, corporate brands barely appear. Only three have cracked the YouTube 500. Instead you’ll find entertainers you’ve never heard of, appearing as if from nowhere.”

Red Bull, a well known energy drink is a seemingly successful story of bridging the gap between traditional marketing and the utilization of social media. They are maintaining their presence with standard branding techniques, while they are also ranked number 184 on YouTube with slightly under five million subscribers. As a means of comparison, author Holt points out that Dude Perfect, a YouTube phenomenon that shows “trick shots and goofy improvised athletic feats” does much better than Red Bull. Dude Perfect is in position 81 with about 8 million subscribers.

Holt believes ‘crowdcultures’ are now the influencers and innovators in the branding process. With amateurs and individuals producing their own quality video content, consumer marketing companies are unable to compete. He cites Dove soap as an example of a company that used ‘crowdcultures’ and social media for initiating campaigns that supported cultural change in the beauty industry. Dove soap took the position of supporting “real beauty” as Holt says, they “tapped into this emerging crowd culture by celebrating real women’s physiques in all their normal diversity- old, young, curvy, skinny, short, tall, wrinkled, smooth. Women all over the world pitched in to produce, circulate, and cheer for images of bodies that didn’t conform to the beauty myth.” For a glimpse of what the crowd culture can do, go to www.YouTube.com and use the keyword Dove Soap.

While the traditional branding model was more from the top down in the use of advertising to promote and solidify a brand strategy, the social media approach is more along the lines of a bottom up approach for branding. The creativity developed by consumers (with or without the help of a marketer) appears to be a key in the success of a social media strategy.

It is clear the dynamics of product branding are very fluid at this time in the social media arena. It is also quite obvious that most businesses are being challenged with how to get involved. From a business growth perspective, author Holt suggests that you identify your current culture, look at alternatives that will “open up an opportunity”, identify some ‘crowdcultures’ that might work in your industry, strive to get the word out in that industry, and then continue to change your message as the culture changes.