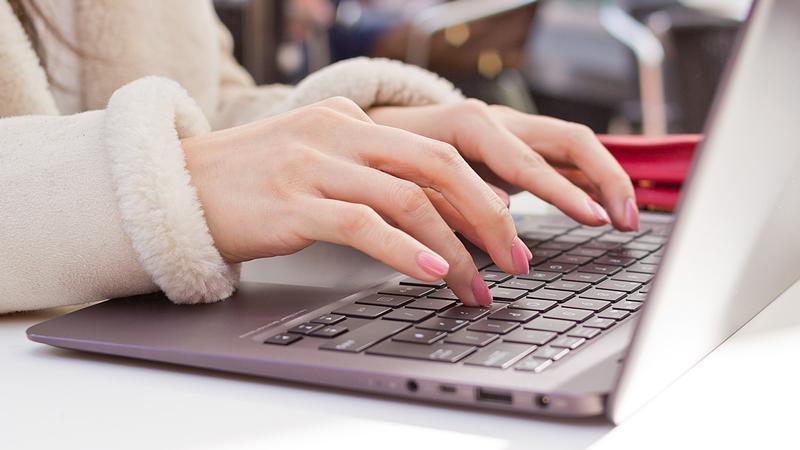 A VPN is essential if you’re concerned about privacy and want to make sure that you’re safe when you connect to public WiFi. There are other benefits to using a VPN too. Free VPNs are available, but some have their drawbacks. Read on to find out about free VPN options and whether they’re right for you.

If you want to find out more about how VPNs work and what you can use them for, you can check out our ultimate round-up of the best VPNs including the best paid-for options.

In attempting to pick the best free VPN service, it soon became clear that all had their drawbacks.

CyberGhost is our pick of the bunch. It can be slow to connect and the connection lasts only three hours before you have to manually re-connect. If you don’t need a high-speed connection, though, in most other respects it’s a good free VPN which you can even use for watching video.

Although impressive in other respects, you’re soon going to use up the free data allowance with either Private Tunnel or Tunnel Bear at which point you’ll be paying for the service, or uninstalling it.

Of the genuinely free services, Spotflux Lite offers only servers in the US, and its speed wasn’t the best.

Hotspot Shield tries to force you into buying a subscription service and by offering only a US-based server (and also by inundating you with advertising). Its aggressive use of advertising and changing your system software has led some security advisors to classify the program as malware.

In fact, if watching video is your main concern, then check out our guide to watching US Netflix for more tips.

But overall, and this may not the be news you wanted to hear, we’d recommend taking a look at our VPN chart for a cheap paid-for service that’ll treat you much more kindly.

The free CyberGhost service is subsidised by the Premium customers, according to CyberGhost. The company has servers in the UK and the USA plus many European countries stretching east to as far as Russia and Ukraine.

The free service offers access to 14 countries, while the Premium and Premium Plus ones allow users to choose from a range of 24 countries. CyberGhost assures us that it doesn’t limit bandwidth for free users.

There are some ways in which you’re disadvantaged with the free product. When you are connected, you’ll be logged out after three hours of browsing, for instance, although you can always try to login again immediately.

Another restriction is that you can’t use the iPad app with a free account. In order to use CyberGhost on an iOS device, for example to watch iPlayer from outside the UK, you’ll need to have a premium account. Additionally the servers that allow P2P use are not available to free users.

Speed wasn’t a problem during our testing, with SpeedTest reporting 4Mb/s. That’s by no means the fastest, but it’s enough for streaming Netflix in SuperHD quality.

Read on for more free VPN services, but if you’re willing to pay for a better service look at our overall pick of the best VPNs 2017.

Tunnel Bear operates servers in US, UK, Canada, Germany, France and Japan, plus there’s also one in Australia but this is only for paid customers.

The difference between the free and the subscription services are mostly concerned with your data allocation. The free service gives you 500MB per month although you can request an increase to 1GB via Twitter. Apparently, bear-related puns increase your chances of success. Beyond this you can pay either monthly or annually for unlimited data. The download speed was reported as a respectable 12Mb/s. Definitely one of the best free VPN services.

Hotspot Shield is one of the most popular free VPN services but the restrictions, compared to its subscription service, are quite severe. First, the free version is funded by advertising and although this isn’t uncommon, many users find that the display of advertisements in a web browser to be quite obtrusive.

Second and most importantly, although the company also has servers in the UK, Australia and Japan, as a free user you’re assigned to one of their US-based servers at random. This means that you can’t use it to access UK-only information while you’re abroad. Worse still, if you try to use it to access popular sites such as Hulu that are available only in the US, many such sites are blocked in the free service.

However, there is no limit on data usage and the measured download speed was 6.5Mb/s.

Note, though, that installing HotSpot Shield will also change your default search engine, as well as change the adverts you see to those now sent by your VPN sponsor.

In contrast to most of the other VPN service providers that offer a free service and one or more paid-for alternatives, PrivateTunnel has a different offering. This attracts no monthly fee although you are limited to just 100 MB of data when you first try it.

When you bear in mind that this would be considered a very small monthly allowance for a smartphone, you get an idea of how restrictive it will be, but this is more a limited demo to give a flavour of the service.

After this trial you simply pay for the amount of data you need. There are prices for 50GB, 100GB and 500GB. Because charging is based purely on data use, there is no limit on the number of devices you can use as there is with some free services. And importantly, there’s no time limit within which to use the data.

Currently you can choose a server from USA, Canada, UK, Netherland or Switzerland. While this is limited compared to some other VPN services, in practice it’ll be adequate for most British readers, whatever your reason for going the VPN route. We measured a download throughput of around 10Mb/s.

Although Spotflux offers a VPN client that runs on your PC like all the other services reviewed here, Spotflux Lite is also available as an add-on for Google Chrome. This means that it’ll operate when you’re browsing, but not in other internet-related applications including Skype for which the VPN approach isn’t recommended. As a result you don’t have to turn your VPN connection on and off as you switch between applications.

There’s also iOS version of Spotflux, just as there is with CyberGhost, that isn’t accessible to users of this Lite version. When you first install Spotflux Lite, you get a three-day trial of the Premium service which additionally offers phishing protection and an ad-blocker.

The company is offering servers only in the USA, although there is talk of other countries being made available later. So, if security is your reason for considering a VPN then Spotflux Lite will do the trick. If you want to watch UK catch-up TV while you’re on holiday abroad, it won’t meet your needs. The measured download speed was 6.5Mb/s, which is average in our limited test, but still fast enough for most purposes.

The latest version of the Opera web browser now includes a VPN client. Unlike other browsers, this isn’t an extension or add-on: it’s part of the browser. And it really is free, so you’re not limited on the amount of data you use per month and you won’t have to pay for a subscription.

At present it’s only a beta version and the finished version will be available soon. It means that you can only pick from US, Canada or Germany, but that’s fine if you’re in the UK and you want to access sites in the US. We’ve yet to properly test this service, but we’ll give an update shortly to say whether it’s better than the other services here.

To use the feature you have to go to the O menu, then Settings, then Privacy & Security and toggle the free VPN on.