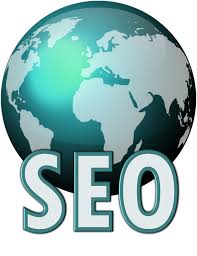 In a way, managing the marketing aspects of a business has always been a major battle for business owners and managers. From the dawn of time to the modern era, the main roadmap for the majority of businesses has remained roughly the same: create a product or service and focus on bringing that product to as many of your potential customers as possible. Since businesses rarely operate in a space devoid of competitors with similar goals and intentions, that means engaging in a battle with your competition in order to win over the customers. However, what is often overlooked is that there is another dimension to the story. There is another group of key players with its own agenda and waging its own battle: the customers themselves.

Just as businesses use various tools and strategies to try and reach their goals, customers do the same. Until recently, customers’ two main goals were finding the products with the best quality and discovering products at the lowest price. Yet, along with the Information Age has come the emergence of customer attention as a new, increasingly important resource, thus significantly changing the metaphorical battleground.

According to a range of studies, the average Internet user is exposed to anywhere from a few hundred to over a thousand advertisements every single day, making the masses ad-weary and fueling the backlash against advertisements in general. So while businesses are continually advancing in their quest to gain more customer attention, customers are simultaneously beginning to resist that change. The result is one of the most dangerous threats to any serious Internet marketer: ad blocking.

Ad Blocking As a Major Threat

While ad blocking itself is not a new invention, a few recent trends have shed a new light on this technology. Adblock Plus – one of the most popular ad blocking tools – was chosen as one of the 100 Best Products by PC World magazine as far back as 2007, an eon ago in Internet time. However, ad blocking technology eventually outgrew its role as a merely useful tool for the tech-savvy and is now a legitimate problem for online advertisers worldwide.

According to an ad blocking related study conducted by PageFair in partnership with Adobe, there were 198 million active ad block users in the world in 2015, a whopping 41% increase compared to just a year before. The real shocker, though, is the amount of money that online publishers lost due to ad block usage. The report estimated that losses amounted to almost $22 billion in 2015 alone.

The trend only continued in 2016, as ad blocking similarly found its way to mobile web browsing, making it one of the hottest topics in the online publishing world. Now just six months after Apple’s decision to allow ad blocking on its iOS devices, the numbers from the mobile web are far from encouraging for the digital media industry as more than 400 million users are currently using ad blockers on their smartphones.

And online publishers are not the only ones bearing the burden as advertisers themselves are equally affected by ad blocking. Not only are they left without traffic on their website which blocked ads could have brought, but they are also billed for those ads because ad blocking software works by blocking the ads on the user’s device after they’ve already been served. In a nutshell, that means that as an advertiser, you pay for ads that your targeted customers will never see.

SEO to The Rescue?

As valuable as SEO already is, it just might become even more valuable for businesses that also rely on paid advertising to get Internet users to visit their site. Not only is the number of people using ad blocking on the rise, but even those who don’t use ad blockers have learned to ignore and avoid ads, essentially making them blind to marketing efforts thrown at them.

Obviously, your best bet as a business in such an environment is to improve your organic search engine rankings as much as you can, and that’s where SEO shines. With that in mind, here are a few tips on how SEO can help you fight against ad blockers by putting less emphasis on paid ads and getting more traffic from organic searches.

Offsite SEO is an umbrella term encompassing a variety of methods and tactics used to rank your site better on search engines and it revolves mostly around backlinks. By getting good links for your site from valuable sites in your niche, you will improve your organic search engine rankings and get more visitors without having to rely on paid advertising.

If you don’t already have a solid link building strategy, guest posting is a good place to start. By posting your articles on related sites, you help them by providing them with free content and they help you by giving you links and exposure to their audience. Additionally, you can start looking into other tactics such as directory submissions, blog commenting and social media optimization in order to gain the needed backlinks for your site and build your brand.

While offsite SEO methods such as link building are concerned mainly with getting people to find your site, the role of onsite SEO is twofold. Although it plays an important role in improving your sites’ visibility on Google and other search engines, it also serves to attract people to actually visit your site and engage with it in a way that suits you best.

The main pillars of onsite SEO are quality content, optimized title tags and attractive meta descriptions, so optimizing them should be among your top priorities. Quality content will help you grow your audience and get more natural, unsolicited links while optimized title tags and meta descriptions can help you stand out among competing websites in the search engine results, therefore getting you more visitors.

Overall, the marketing world is in the middle of a drastic change due to changes in Internet technology. Businesses and customers alike are changing their habits as the Internet becomes an increasingly important part of their everyday lives. Ad blocking has emerged as a major threat to online publishers and advertisers as consumers become wearier and less aware of ads published online. It seems that SEO may be able to mitigate this trend and a quality SEO strategy can help put many businesses back on their customers’ radar.