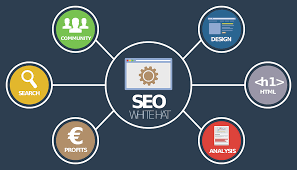 If you’re in the business of content marketing, then one the main goals is to use content to draw more visitors to your site. Now, social media is obviously a good way to do this, particularly if you’re starting out. What you should always be thinking about as well, however, is Search Engine Optimization.

For, if you can make certain that your page ranks well in some of thekeywords that are important to your industry, you’ll be able to get a constant stream of traffic coming to your website without you having to pay a cent for any of them. Now, obviously that’s a fantastic position to be in.

The only problem is that ‘ranking well’ in this case means appearing very high up in the search results. After all,research finds that the first position gets 33% of the attention, while the first page gets 95% of the clicks. And as you don’t want to be competing for scraps, that means you have to get yourself in there. How do you do that?

Start with the right keywords

The first step is to make certain you’re actually pursuing the right keywords in your industry. This means doing some research, in something like Google Adwords.

Alternatively, start by looking at what your competition is trying to rank for. Note that if you pursue this strategy, don’t try to rank for the exact same words, however, particularly if your competition is already established. Instead, think about ranking for slight variations thereof in which they don’t rank quite as highly.

Also, consider choosing long tail keywords when your first starting out. These are longer phrases (known aslong tailed keywords) that delve into your topic more precisely. Why choose these? Two reasons:

In the past, it used to be the case that if you put the keyword into a piece of text many times, you’d be more likely to rank well. Then Google realized that people hated reading the same phrase over and over again. And so they developed a system where their algorithm has started to come to understand semantics.

What this means is that as long as you write texts that is semantically related (walnuts and peanuts, knitting and wool, toys and Lego) then their algorithm will pick up on that and decide that your text is actually relevant.

Therefore, don’t keyword stuff. This will actually get you penalized by Google (as well as your visitors who will think you’re a simpleton who can’t write well). Instead, use Latent Semantic Indexing, create more naturally flowing text and still appear as relevant according to the Google algorithm.

At least, according to Google they are, as longer texts are more likely to actually contain the information that people are looking for and therefore are likely to be more authoritative. For this reason, skip the 500-word blurbs of yesteryear, and instead focus on in-depth texts that actually get to the heart of matters and explore the ins and outs of an issue (basically anywhere around 1500 you’re starting to look good).

If you do this, then all things being equal, you’ll outrank the shorter pages. And that is obviously what you’re after.

The first ten words (or less)

You’ve got to have a great headline. This is what first draws people to click on your site. And Google counts how many people click on sites as one of the metrics of whether you’re actually what people are looking for.

For that reason, you’ve got to write killer headlines. Do note, that we’re slowly coming to understand the practice of headline writing, so don’t just start trying out random things to see what they do. Instead, check out some of the stuff other people have concluded, based upon the analysis of millions of headlines and what people click on. That way you’re going to give yourself a real step up.

That doesn’t mean you always have to follow their advice. Sometimes you can try something new. But at least now you’ll have a base line to compare it to (and you’ll probably find that it compares poorly).

Also, remember to make sure your headline contains the keywords, as the headline is an important place for Google to look for the keywords that you’re trying to rank for.

And last, but not least, make sure your content rocks, because if people don’t stick around, then what’s the point? Google understands this as well and will rank you more poorly if they find that you’re not keeping your audience, as they’ll assume – probably correctly – that this isn’t actually what people are looking for.

For that reason, make sure you pay attention to the content writing hacks and really make your content sing, by writing it concisely, engagingly and without too much fluff or meander. Your audience will appreciate this and you’ll be rewarded by Google ranking you more highly and giving you a bigger share of the click pie.

To a big extent, ranking well on Google is about giving your audience what they want – a trend that is likely to continue into the future. So make certain that you’re always looking at your site not just in terms what Google wants but in terms of what your audience wants. If you can keep doing that, you should find that you climb naturally in the Google rankings until you’re able to compete with the big boys.

And raking in the big  bucks.